Busch Beer has been marketed as ‘Buschhhhhhhhhhh’ due to the hiss it makes when you pop the top on its distinctive blue can. But can anyone enjoy this sound along with the cool, crisp beer that follows? Is Busch beer gluten-free?

Sadly, no. Busch beer is not suitable for anyone that needs to adhere to a gluten-free diet.  Though Busch beer has a low ppm (parts per million of gluten), it still contains glutenous ingredients and does not have a gluten-free label.

Busch Beer is brewed by Anheuser-Busch and was launched in 1955. Initially, it was marketed to farmers in the midwest who would work long hours in the sweltering heat. Therefore, it was brewed to be crisp and refreshing and intended to be served ice-cold.

Busch is still advertised as an outdoors beer, and TV ads have depicted its drinkers horse-riding and ‘heading for the mountains’. It is now sold as an affordable alternative to Budweiser, which Anheuser-Busch also brews.

In blind taste tests, people are sometimes surprised by how similar Busch Beer is to its premium-range big brother.

Let’s take a closer look at what’s in Busch Beer and how it is made.

Why Is Busch Beer Not Gluten-Free?

As you can see from the ingredients, Busch Beer does not contain wheat but barley. Therefore, if your allergy is specific to wheat, you shouldn’t have any problems with Busch Beer. If you are allergic to gluten of all kinds like me, you should leave Busch on the shelf.

You may have heard mixed reviews of the beers gluten levels, this has alot to do with the fact that during the brewing process beer is fermented. Some at home gluten test kits will not work accurately on fermented products and can lead to incorrect results.

This has led to some sites wrongly reporting that Busch Beer is gluten-free. If you want to test beer at home, make sure you use a kit that supports the testing of fermented products. Personally, I follow whatever the company has to say. If a beer is not clearly marked gluten-free I steer clear of it.

Busch Light contains less gluten than Busch Beer, but it is not gluten-free. Some people mistakenly believe that all light beers are gluten-free, but this is not true.

In manufacturing light beers, brewers add an enzyme to the mix that turns more of the carbs into alcohol. That means that during brewing, light beer is stronger than regular beer.

After brewing, light beers are watered down until they are around 4 to 5% ABV. This is why light beers are lighter in color, milder in taste, and lower in calories… and yes, also lower in gluten.

If your allergy isn’t serious, then you might find that some light beers don’t cause you to suffer. At least not from allergies! However, they are still made with malted barley and are not gluten-free.

If you would like to take a closer look for yourself, check out how the beer is made.

But that’s enough about beers we can’t drink! Let’s look at some we can.

I love the complex flavors of craft ales, hoppy IPAs, and creamy stouts. If you agree, check out my list of the 10  best low gluten beers. But those beers can be a little heavy in hot weather—both in flavor and alcohol content.

After hiking in the woods on a sunny day or just relaxing at the beach, there’s nothing more refreshing than a cold, crisp lager.

Here’s my list of the best substitutes for Busch Beer, none of which are above 5% ABV.

PRO TIP: On hot days, take your beer from the refrigerator ten minutes before drinking and put it in the freezer. I drink straight from the can or bottle to keep the ice-cold goodness and refreshing bubbles locked in. Beer is carbonated as a preservative, and some people prefer a less gassy drink.

If that’s you, pour your beer into the center of the glass before drinking. The higher your pour from, the more carbonation you will eliminate.

Not only does Anheuser-Busch also brew Busch Beer, but they are one of the world’s biggest brewers. That means Redbridge is perhaps the most accessible gluten-free beer in America. Sold in 12 oz bottles, and at 4.8%, it is a little stronger than Busch Beer—but still mild enough to sink a few in the sun.

Its name comes from its distinctive reddish hue, and it has a complex and slightly sweet flavor.

Barley is replaced by sorghum, so Redbridge is 100% gluten-free and safe for celiac disease.

It’s great to see a growing number of 100% gluten-free brewers appearing across the country, and Aurochs is one of the best. That means they only make gluten-free products, so you can free your mind of cross contamination. Aurochs Light Lager is brewed with millet and quinoa making a light golden color.

For a gluten-free beer, it has an unusual ability to retain its head right down to the last gulp. At just 85 calories per 12 oz can and only 3.4%, you can enjoy a guilt-free beer in the daytime! Available in 4 packs.

The Omission brewmaster is Joe Casey, and his wife was diagnosed with celiac disease around 20 years ago. His response was to create beers they could both enjoy together. Omission beers are gluten-reduced, adding an enzyme to remove the gluten after brewing.

Each batch is tested to contain under 20 parts per million gluten, but because wheat is used in the manufacturing process, it cannot be labeled gluten-free under FDA guidelines. It’s a refreshing, light-colored lager and has won 7 industry awards and counting! Available in 12 oz bottles in 6 packs, 4.6%.

This is a gluten-free version of a regular beer. It’s currently the cheapest on the list, so if it’s the price of Busch you’re looking for, then this could be a great swap.

It’s also the strongest at 5%, so you get plenty of bang for your buck. It has a deep yellow color, and an unusual sweet flavor that is common to some beers made using sorghum.

This Wisconsin brewer has good distribution, so you should find this beer in larger stores across the country. Available in 12 oz cans in 6 packs.

Evasion Brewing deserves a shout as they make a variety of interesting beers in a dedicated gluten-free facility. At just 3.9% and 147 calories per can, this is a great swap if you miss Busch Light. It also comes in generous 16 oz cans. As you would expect, it’s a light, crisp, and refreshingly carbonated beer.

Their website store currently only ships to Oregan, Virginia, Washington DC, and Alaska, but they are working on wider distribution.

If you follow a gluten-free diet Busch beer is a drink of the past.  The good news is that there are many GF options available, from lagers and ales to stouts and everything in between. But when it comes to Busch, give it the pushhhhhhhhhhh!

Need something to soak all that gluten-free beer up with? Check out Arby’s Gluten-Free Menu 2022: Explore the 16 Options. 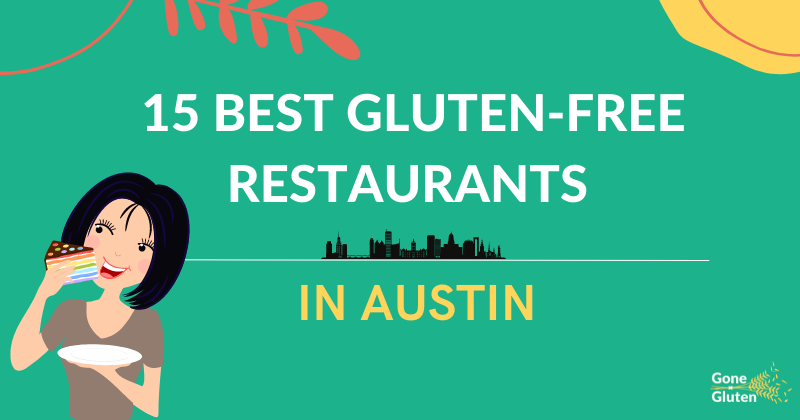